In the Eric C. Powell remix of the Dani Tamayo track Blind in Love, Eric works to layer an upfront digital bass with an analog pad foundation, some 8-bit flourishes, and a robot voice.

Released in May 2021, Eric C. Powell’s remix of Positronic‘s track When You Fall Down is available on the When You Fall Down Remixes EP. Eric’s remix brings analog warmth and a distinctive piano and pads intro reminiscent of 80s new romantic era of the 80s.

Released worldwide on December 17, 2020, the Eric C. Powell remix of Dani Tamayo‘s Be Yourself adds Eric’s remixing magic with a pulse bass, a funky lead synth, with new layer of vocal production. It’s a wonderful tune to remix and blend in the Eric C. Powell signature style.

The new single I’m on My Way is a collaboration with the talented electronic artist Cheddr. The single features Andrea Powell and Eric C. Powell on vocals with music written by Cheddr and vocal melody & lyrics by the Powells.

Remember that 80s tune by Murray Head from the musical “Chess”? Well, LorD and Master put together some great cover music for One Night in Bangkok and asked Andrea and Eric to record some vocals. They also pulled in Andrik Arkane for the verses and some extra glitchy production and came up with three great versions: the standard single, the Andrik Arkane Remix, and the LorD and Master Remix.

The wonderful Graflex has given Eric C. Powell the opportunity to remix their lovely Angels of Tomorrow! You know how much Eric loves vocals, so he tried to emphasize the vocals tracks and some analog synths on this one.

One of Eric C. Powell’s first released remixes, Is That What You Want (Eric C. Powell Remix) captures the vocal essence of the track while bringing warm analog pads and a smooth silky pace to an already amazing song. The remix track is available on Swedish artist Uncreated‘s “Is that what you want – The Remixes” E.P. from Conzoom Records. 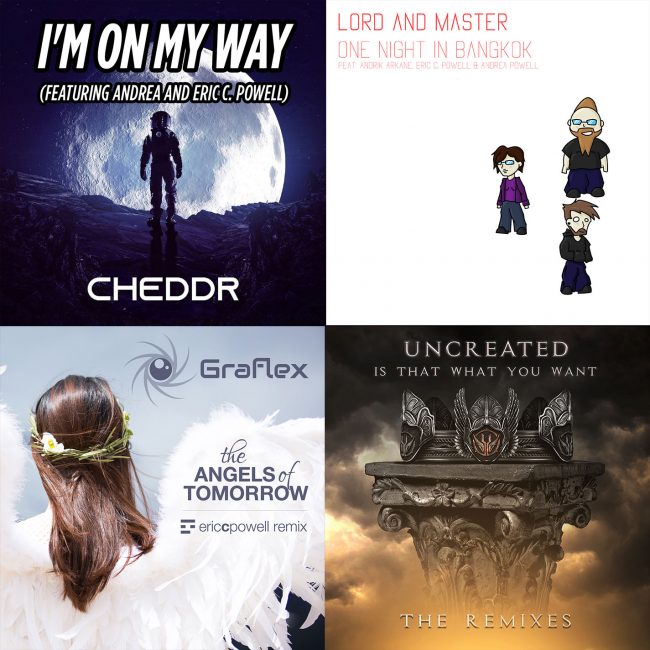 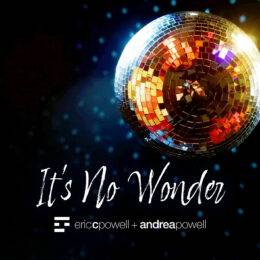