Always Over You (Maxi-Single / EP)

Announcing the UK / US transatlantic collab ALWAYS OVER YOU from synthpop artist Ian Sharrock of Graflex and synthwave power duo Eric C. Powell + Andrea Powell. For the first time, Graflex and the Powells have collaborated on writing and releasing a song together. ALWAYS OVER YOU is a melodic synth delight with an illuminating message about taking love for granted.

The ALWAYS OVER YOU maxi-single / EP is available for preorder on both Graflex’s and the Powell’s Bandcamp Stores. The release will include 5 exciting mixes.

Introducing the new micro-song DOGS DON’T DANCE from synthpop synthwave duo Eric C. Powell + Andrea Powell. Spending way too much time watching dogs and cats on TikTok sparked a little tune for the perfect video. And as it turns out, it makes a pretty cool song.

Catch the fun video on TikTok, Reels, and YouTube Shorts!

Announcing the latest offering from synthwave synthpop duo Eric C. Powell + Andrea Powell. The new single IT’S NO WONDER is a positive disco-inspired pop song with signature strings and a danceable beat that speaks to the irresistible enchantedness of love. Get out the mirror ball for this track as Eric and Andrea share vocals and writing credits while weaving elements of synthpop and synthwave throughout. Now available on major platforms!

Introducing the Eric C. Powell remix of YOU WON’T LET ME GO from the Daniel Hall album Human Resurrection (The Remixes). On this remix, Eric C. Powell retains the original track’s upbeat vibe borrowing synth work and harmony structures from synthpop classics like Yazoo and the Lightning Seeds. Available on all major platforms.

With so much craziness in the world, there’s a hopelessness that can settle in your heart. It’s from that place of hopelessness that World Falls Away speaks. Primarily an orchestral arrangement, slight electronic elements interplay at just the right moments. For all those who are struggling, synth duo Eric C. Powell + Andrea Powell offer assurance that “you are not alone.” Available now on all major platforms.

New for 2022 comes THE STATION! Envisioning struggling lovers’ at their final goodbye at a train station, it’s a synthy pop song about love’s unwillingness to be extinguished. Eric and Andrea both share writing and lead vocal credits on this new 3-track single which includes both the radio-length and an additional extended mix. Worldwide release on major platforms on March 11, 2022.

Award-winning duo Eric C. Powell + Andrea Powell announce their new WINTER SONG for the 2021 holidays. A cover originally written and performed by Sara Bareilles and Ingrid Michaelson, the song is a story about how winter storms can bury and hide life and love. But love is alive deep under the snow to be revealed again. Worldwide release on major platforms on December 3, 2021.

Introducing FLY AWAY REMIXES, the new remix album from Eric C. Powell and Andrea Powell. The 14-track album highlights four key songs from FLY AWAY, reimagined and remixed by some of the best electronic producers in the indie synth community. The album will feature tracks from Nature of Wires, LorD and Master, Graflex, Andrik Arkane, and People Theatre, but also new artists we’ve worked with including BlakLight, Kim Lunner, Cyborgdrive, Miles Matrix, and Sorry the Hedgehog. Worldwide release to major platforms on May 21, 2021.

SOUL TO YOUR HEART (Maxi-Single)

The first 2021 release from award-winning synthwave synthpop duo Eric C. Powell + Andrea Powell is the SOUL TO YOUR HEART max-single. This release is a modern reworking of the song “Soul to Your Heart” originally released under their former act Turning Keys. Recognized as a top track in the 1991 Billboard Magazine Songwriting Contest, this is the 30-year anniversary release of the song and includes four new versions. Released on all platforms on January 29, 2021.

Released worldwide on October 2, 2020, FLY AWAY is a musical synth journey born in the desire to escape – a voyage to the center of the soul. The new album includes four already loved favorites, plus five stunning new tracks including The Bedside Table, Fly Away, Warning Signs, and And I Know. CDs available at Bandcamp now!

Released June 2020, Mute is an isolation-inspired instrumental EP from Eric C. Powell. The 7 tracks are a journey through the emotions and phases of COVID-19 lockdowns, closures, and shelter-in-place. It’s dedicated to those who have lost loved ones and livelihoods to this global epidemic.

Introducing the Andrik Arkane remix of O Come Emmanuel. It’s from the electronic rendition of the classic Christmas hymn from synthwave synthpop duo Eric C. Powell and Andrea Powell. This version by noted remixer and producer Andrik Arkane retains the mystery and power of the original version while transforming the track into a modern EDM, pop, and dance gem ready for the dance floor.

This 007-inspired track featuring Eric C. Powell and Andrea Powell, released in April 2020, is an homage to the James Bond franchise entitled No Time to Love, No Time to Die. With original music borrowing from the James Bond Theme by Monty Norman, the lyrics are presented as a vocal duet and reflect Bond and another spy who are both hiding secrets from one another in a dangerous attraction. It’s on fire!! And it was created for the BB Show 007 Theme Contest on WA12 Radio!

Shattered Glass is a smooth downtempo synthwave tune collaboration releasing to all major platforms on February 14, 2020. Cowritten together, Andrea provides the lead vocals with Eric on backing vocals and synths for this track. Also featured are the guitar stylings of Stereo in Solo, the veteran synth artist and musician hailing from France. He is known for his smash indie hit “Flowers on the Moon.” Also included on the single is an exclusive Andrik Arkane remix of the track. The upbeat dance remix track features driving arpeggio bass lines and a hint of vocoder.

The Welcome to Synthtopia single was released in December 2019. A surprise release, the release is a chill and energetic departure from their usual, but still features signature synth hooks, flowing pads, and retro arpeggios. You’ll hear a musical vocoder soundscape interspersed with lovely vocalizations from Andrea Powell.

The awaited True album was released in September 2019 on all digital platforms with a special limited edition physical CD available only on Bandcamp. True features four hit singles and adds five outstanding new tracks like Waiting for the Time, How I Feel, Sunshine, and But Not Tonight—each receiving positive reviews and airplay in the UK, EU, Canada, US, and abroad. True also received Best Dance Album recognition from the Clouzine International Electronic Music Awards in Fall 2019.

The Click single sensation was followed in September 18 with the release of Take It All Apart: Click Remixed, a new remix E.P. including 8 distinctive and engaging versions of the synthpop sensation Click. The E.P. features 6 breakout electronic artists and producers including Fused, Nature of Wires, and Andrik Arkane each with their own unique renditions of Click.

The single True, a synthwave-flavored love song with catchy synthpop leads and melodic vocals, was released in June 2018 as precursor to the upcoming album of the same name.

Released in May 2018 was DarwinMcD single collaboration entitled Click. The culmination of DarwinMcD’s perfectly captured synthpop feel, mixed with Eric’s catchy lyrics and vocal melody created an immediate buzz across synth-focused radio in the UK and Europe.

In early 2018, Eric released his new single Noise Zombie, catching the attention of the synthwave and electronica scene. The song was written for the 2018 SynthMaster Track Contest winning the global 3rd place award.

BACK TO LIFE (Album)

Eric released his first solo album in years, shortly after moving to Austin, Texas USA. Known as “the live music capital of the world,” Austin is also home to a thriving synthwave, industrial, and goth electronic music culture. This solo album Back to Life boasts songs with an electronic indie pop feel, and at the same time, reflects the influences of Eric’s earlier songwriting.

Introducing the Eric C. Powell remix of YOU WON’T LET ME GO from the Daniel Hall album Human Resurrection (The Remixes). On this remix, Eric C. Powell retains the original track’s upbeat vibe borrowing synth work and harmony structures from synthpop classics like Yazoo and the Lightning Seeds. Available on all major platforms.

Introducing the 2022 Eric C. Powell remix of the Dani Tamayo track Blind in Love. In this remix, Eric works to layer an upfront digital bass with an analog pad foundation, some 8-bit flourishes, and a robot voice. Enjoy this and all the remixes on the new Dani Tamayo EP, Blind in Love.

WHY SHOULD I RUN (Remix)

WHEN YOU FALL DOWN (Remix)

Released in May 2021, Eric C. Powell’s remix of Positronic‘s track When You Fall Down is available on the When You Fall Down Remixes EP. Eric’s remix brings analog warmth and a distinctive piano and pads intro reminiscent of 80s new romantic era of the 80s.

The Eric C. Powell remix of Dani Tamayo‘s Be Yourself adds Eric’s remixing magic with a pulse bass, a funky lead synth, with new layer of vocal production. It’s a wonderful tune to remix and blend in the Eric C. Powell signature style.

The new single I’m on My Way is a collaboration with the talented electronic artist Cheddr. The single features Andrea Powell and Eric C. Powell on vocals with music written by Cheddr and vocal melody & lyrics by the Powells.

ONE NIGHT IN BANGKOK (Collab)

Remember that 80s tune by Murray Head from the musical “Chess”? Well, LorD and Master put together some great cover music for One Night in Bangkok and asked Andrea and Eric to record some vocals. They also pulled in Andrik Arkane for the verses and some extra glitchy production and came up with three great versions: the standard single, the Andrik Arkane Remix, and the LorD and Master Remix.

The wonderful Graflex has given Eric C. Powell the opportunity to remix their lovely Angels of Tomorrow! You know how much Eric loves vocals, so he tried to emphasize the vocals tracks and some analog synths on this one.

IS THAT WHAT YOU WANT (Remix)

One of Eric C. Powell’s first released remixes, Is That What You Want (Eric C. Powell Remix) captures the vocal essence of the track while bringing warm analog pads and a smooth silky pace to an already amazing song. The remix track is available on Swedish artist Uncreated‘s “Is that what you want – The Remixes” E.P. from Conzoom Records.

After a near two decade hiatus Turning Keys Essentials was released in February of 2016. This compilation album features 11 remastered songs from two albums never before available in digital format. It includes all the songs from Turning Keys’ sophomore album “Waiting” AND the Turning Keys debut EP “Opening Doors” previously available only on vinyl. You can download the album or singles from iTunes, GooglePlay, and Amazon. You can also order physical CDs from CDBaby and soon on Bandcamp.

The 1994 EP Stay was the final Turning Keys release to feature all three original members of the band. Stay featured band members Eric C. Powell and Jeffrey Gonzalez with former band member and co-founder Andrea Powell contributing additional vocals. This release has not been remastered and is the original recording and mastering available only on Bandcamp. 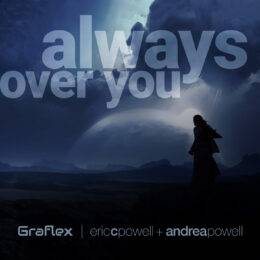